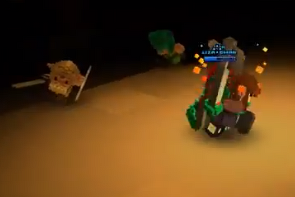 A group of players fighting a Gnoll

Mobs (short for "mobile") consist of all the Creatures, Monsters, Bosses and NPCs in the world of Cube World.

Some Mobs are Biome-specific (like the Ember Golem or the Penguin) and Dungeon-specific (Vampires), while most of them can be found anywhere. Most wild Mobs will be Friendly, and some will be Aggressive. Animals and Humans in Cities are going to be Peaceful and cannot be attacked. You can also meet Friendly or Aggressive adventurers in any landscape.

There is a low chance for a Mob to be a Boss Mob. These mobs are faster, bigger and more powerful and glow at night. Defeating one is usually harder and more rewarding (more XP, better loot and a Spirit)

Missions consist of a more difficult Dungeon or Battle. Every Mission Dungeon is going to have an NPC Boss, while Battles consist of a single Boss Mob, such as a Troll or a Cyclops. 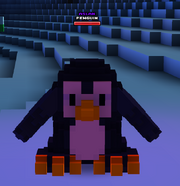