The Mage is one of four playable classes in Cube World.

First thing to mention however is a rather major difference when it comes to mages. Instead of generating mana on attack or through other means like stealth/evasion mages generate mana relatively rapidly over time up to the maximum 100 (at 100% Manaregeneration). Your mana is used for your various spells, in varying amounts including your rightclick attack which consumes 30 of it. They wear light armor and can use Staves, Bracelets and Wands.

Mages can choose between being a Fire Mage and being a Water Mage.

Mages currently have four class abilities abilities; two of these skills are specific to the Player's specialization. The Mage's skills are as follows (skill names can be clicked for a more detailed description):

** Bubbles. Pro tip: to avoid, getting poped by your pet, call it back with the whistle, then cast the spell. 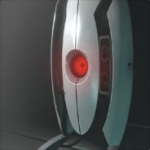